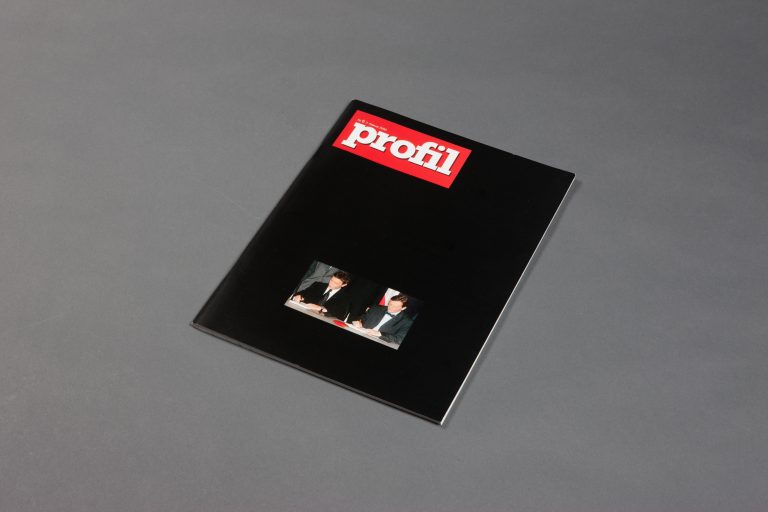 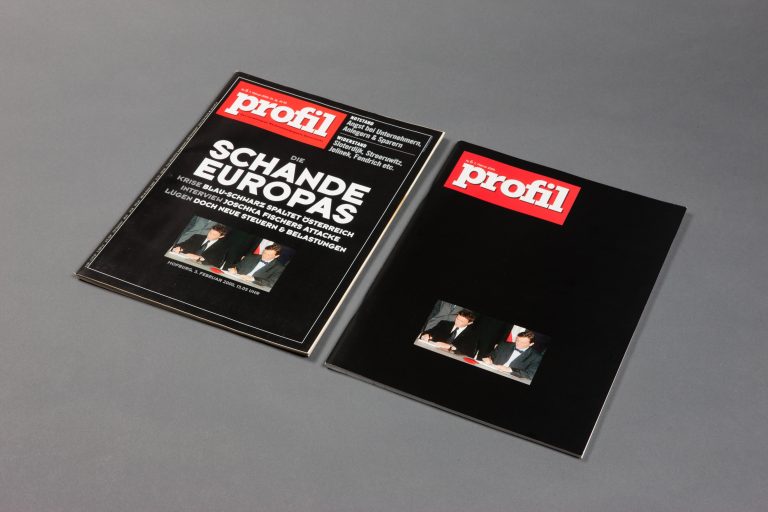 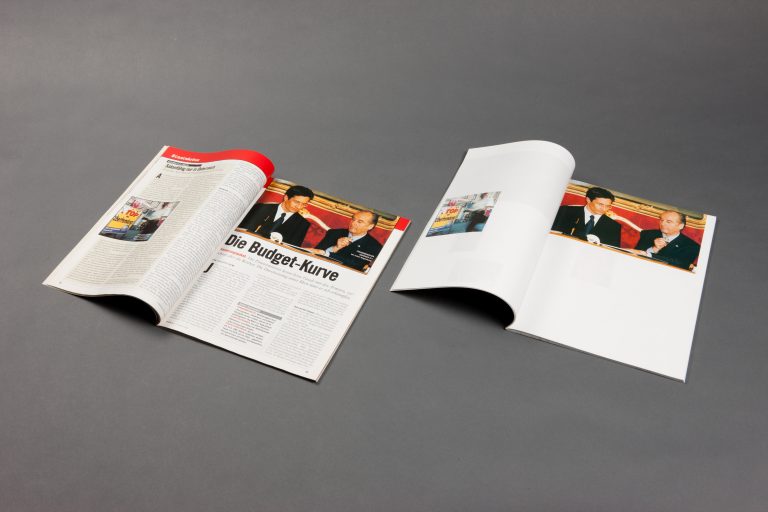 Hans-Peter Feldmann (*1941, Germany) is international recognised for his conceptual approach to books, photography and other material. Hans-Peter Feldmann bases his work on the collection and re-arrangement of pictures and all sort of objects emanating from our daily lives, in a mixture of ready-made and artistic intervention. His works have been exhibited in several significant solo exhibitions like at Louisiana Museum, Sammlung Philara, Lenbachhaus, Serpentine Gallery and MoMA PS1.

„Profil Nr. 6 vom 07.02.2000, ohne Worte“ is an unlimited multiple, as most conceptual works by Feldmann. The artist removed all texts, advertisements and non-photographic illustrations from issue No. 6 of the Austrian weekly news magazine profil and the magazine was reproduced almost simultaneously in the same layout.

The art project „profil without words“, which had been under preparation for a long time, was brought forward due to the political situation in Austria. The particular cover shows the right wing politician Jörg Haider and Wolfgang Schüssel of the conservative party, signing the coalition contract.

Works by Hans-Peter Feldmann can be found in some of the most important art collections, like of Museo Serralves, MMK Frankfurt, Stedelijk Museum and MoMA New York.

Please find for your interest below some further information about Hans Peter Feldmann: