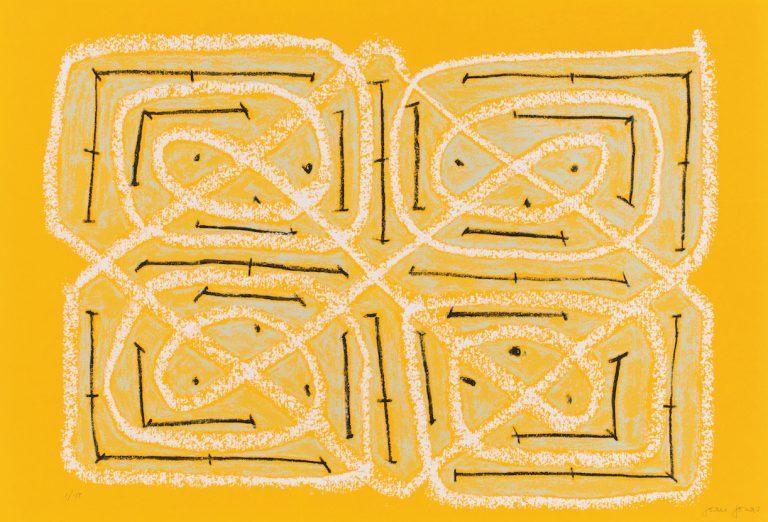 Joan Jonas (*1936, USA) is an American visual artist and a pioneer of video and performance art, who is one of the most important female artists to emerge in the late 1960s and 70s. Her works are subject of major solo exhibtions at international institutions like in recent years at Dia Art Foundation, Fundacao de Serralves, Tate Modern and Museum of Fine Arts Boston. She represented the U.S.A. in the year 2015 at the Venice Biennale.

The Secial Edition of the Iron Curtain was published by the artist and Museum in Progress on the occasion of Jonas‘ project for the Vienna State Opera in the year 2014 in an edition of 155. Each silk screen print is numbered and signed by the artist.

Please find for your interest below some further information about Joan Jonas: