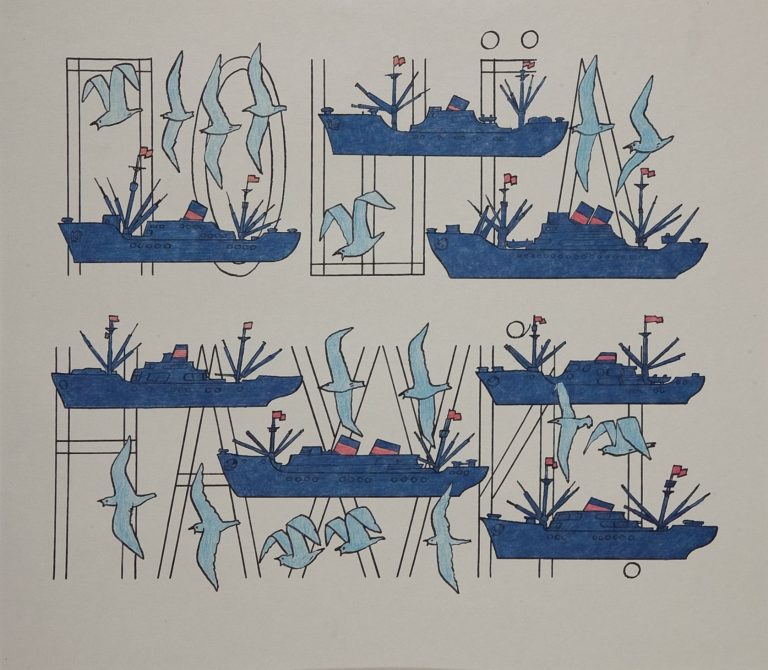 Russian-born draftsman, painter, and conceptual artist Ilya Kabokov (*1933) creates work that invokes a broad range of human experience, notably that associated with the artist’s own personal history in the post-Stalin Soviet Union. Since the year 1989 Ilya is cooperating with his wife Emilia Kabakov.
His and their collaborative works have been exhibited recently in solo exhibitions at The Dorsky Museum, USA; The Hermitage State Museum, Russia; The Hirschhorn Museum, USA and Tate Modern London, UK;

The edition „Bilder anmalen“ was issued on the occasion of a solo exhibition at the Salzburger Kunstverein in the year 1993. The depicted blue birds and ships remind of the illustrations of a coloring book for children. But this first naive impression gets destroyed by the nasty words, which can be found in the background – translated it says: fuck off!

Please find for your interest below some further information about Ilya and Emilia Kabakov: